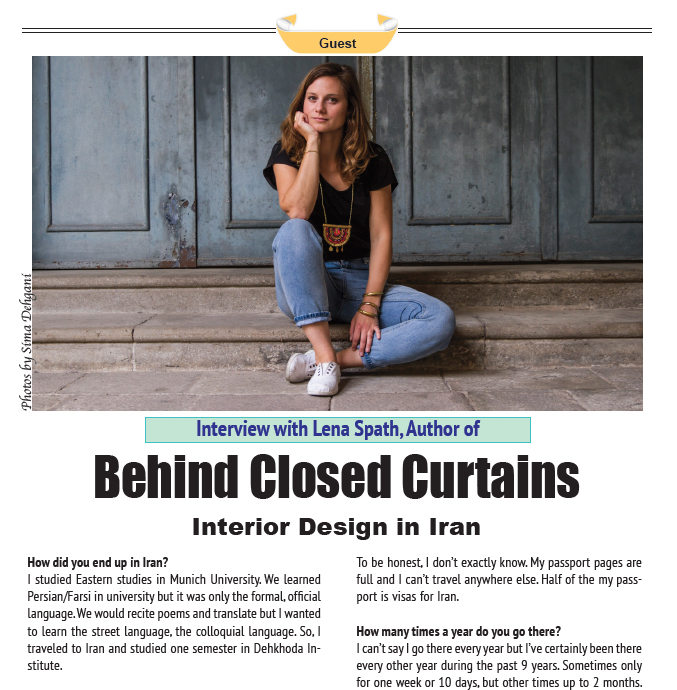 How did you end up in Iran?

I studied Eastern studies in Munich University. We learned Persian/Farsi in university but it was only the formal, official language. We would recite poems and translate but I wanted to learn the street language, the colloquial language. So, I traveled to Iran and studied one semester in Dehkhoda Institute.

What year was that?

How many times you’ve traveled to Iran since then?

To be honest, I don’t exactly know. My passport pages are full and I can’t travel anywhere else. Half of the my passport is visas for Iran.

How many times a year do you go there?

I can’t say I go there every year but I’ve certainly been there every other year during the past 9 years. Sometimes only for one week or 10 days, but other times up to 2 months. I’ve just returned from Iran and was there for two months.

When did you get the idea to write a book on this topic?

I’ve always liked architecture, interior design and handicrafts. Last year, I was done with my work and had some savings and some time. I thought to myself: What do I want to do with my life? So, I circled back on things that I always liked. 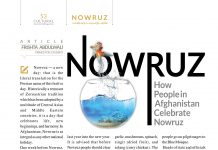 How People in Afghanistan Celebrate Nowruz 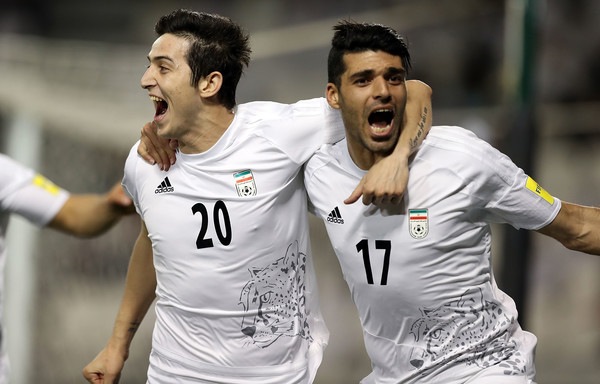 The Letters by Mahdi Karoubi

The Letters by Mahdi Karoubi