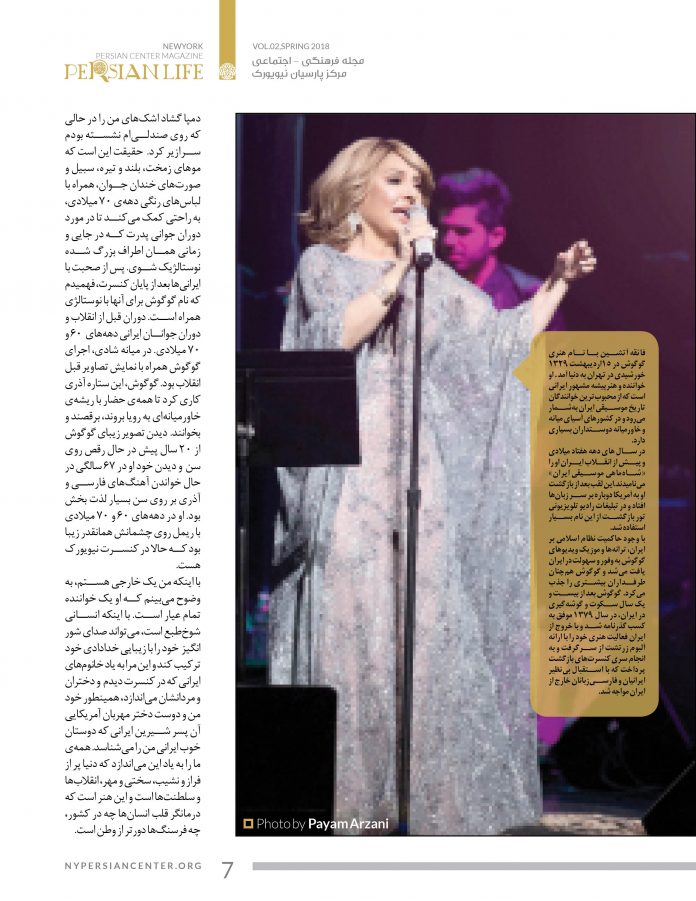 After we passed through metal detectors and found ourselves in the ornate welcoming lobby of the gilded 1920s-constructed Beacon Theater, I felt a few sets of eyes sizing me, and everyone else, up, as we walked further inside. Behind those eyes were well-coiffed women in sparkling outfits – some in full-length dresses, others draped with ornate silken scarves, most adorned by appropriately-matched flashy jewels on the ears, necks, and hands – speaking with their daughters but staring at the crowd, or calling over to their young male relatives, who sported velvet jackets that may have been purchased in this country but seemed more at home on the racks of a store in a distant, possibly Farsi-speaking land.

All of this dialogue was being spoken in Farsi, after all. When the ladies in our group went to the bathroom, my Persian friend, who had brought me to the concert, translated a playful line spoken by a mother to a daughter: “Why would any non-Iranian person come here tonight?” This elicited giggles from myself and the other non-Persian American female in our group.

We got there early, and were inside a highly orchestrated venue in New York, an already highly orchestrated city. In other words, it wasn’t quite like entering Shahs of Sunset, but it was just how I had hoped to start a Googoosh concert: with a lot of feminine attitude. 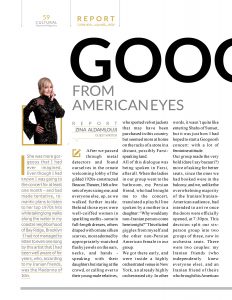 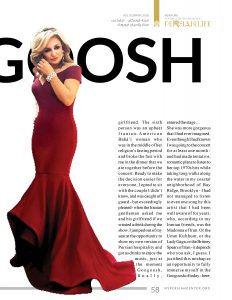 We had a blast! 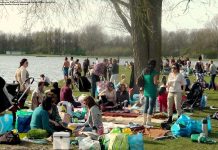 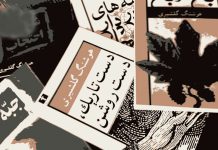 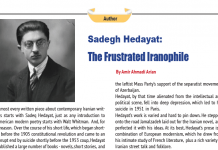